Kahlil Benson isn’t your typical high school senior. Kahlil is BIG. Like 6-5, 320-pound offensive lineman big. According to 247sports, he is listed as a three-star recruit and is ranked as the number twenty-two player in the state of Mississippi.

Kahlil has been offered a scholarship by a bevy of high major college programs including several from the SEC. Ole Miss was the early favorite to land the Southaven product. But as coaches changed, so did his mind.

Mississippi State stayed in the mix. Indiana made a late push. Both received official visits in January. Where will Kahlil decide to take his talents for the next four years?

“Indiana really rolled out the red carpet,” said Coach Pounds when giving insight to the mystery. “They brought the whole staff out and spent the entire day with Kahlil last week.”

The so-called experts tend to agree with Coach Pound’s hunch. Predictions are made by recruiting experts on 247sports.com, and their “Crystal Ball Prediction” has Indiana at a 67% favorite to land the current Charger. All recently entered picks have Kahlil landing in Bloomington, Indiana.

Now that National Signing Day has arrived, Kahlil is ready to reveal his decision. And the pick is… 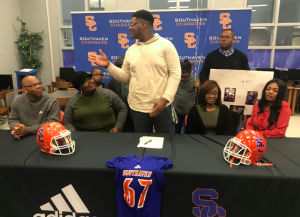 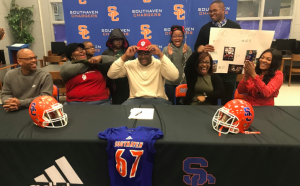 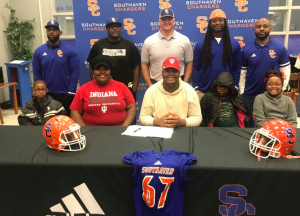 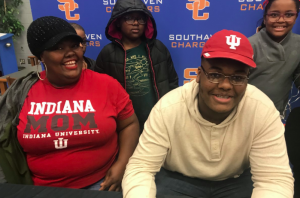 Kahlil has chosen to be an Indiana Hoosier! Congrats, you’ve made ChargerNation proud!